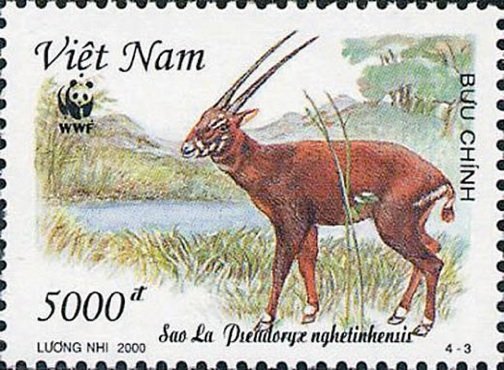 The Surprising New Role For Humility in Leadership

“If virtues were animals, humility would be the Saola”

In the mountainous rainforest of Vietnam and Laos lives the Saola.

Sometimes called the “Asian Unicorn”, it’s one of the rarest animals in the world. This forest-dwelling species was discovered in 1992 based on finding three skulls with unusual, long, straight horns.

Researchers searched for 20 years but never saw the animal in the wild. It was only after a motion-sensitive camera captured its image on film that scientists caught a glimpse of one alive in nature.

Little is known about the enigmatic Saola (pronounced sow-la) in the two and a half decades since its discovery. None exist in captivity and this rarely-seen mammal is already critically endangered. Scientists have categorically documented Saola in the wild on only four occasions to date.

Humility Like the Saola is rarely found in nature—and nearly impossible to catch by searching for it directly.

In their 2017 book, Humility is the New Smart! Rethinking Human Excellence, authors Edward Hess and Katharine Ludwig work the premise that we are on the threshold of a Smart Machine Age (SMA) led by artificial intelligence.

This change will be as transformative for us as the Industrial Revolution was for our ancestors. The insurgence of Artificial Intelligence will take over many jobs and functions that people now do.

I sometimes wonder if Siri and Alexa hang out together. If so, what do they talk about? Bixby? Cortana? You? Me?

In the face of all of this Artificial Intelligence uncertainty, Hess and Ludwig offer the following game plan:

We humans need to excel at critical, creative, and innovative thinking and at genuinely engaging with others—things machines can’t do well. We need to reframe our perceptions and assumptions of what constitutes intelligence and begin concentrating on the development of our soft skills.

They even coined the phrase for this: “NewSmart”.

The NewSmart creators go on to offer up a chart to show what it should look like.

“Humility is the solid foundation of all virtues.” Confucius

In 2001, researcher and business writer Jim Collins introduced the concept of Level 5 Leadership as an effective style of Leadership that blends humility with competence and grit.

Ever since then I’ve been both a fan and an ever-learning student of this concept. That’s why the perspective in this book about Humble=Smart piqued my interest.

Back then, Collins’ research had already shown that leadership rooted in humility
could unleash tremendous scale-able results.

Like its close cousin authenticity, humility is that elusive trait at the epicenter of so many good things for leaders, individuals and entire enterprises.

One unfortunate expectation of our modern age is that everything needs some kind of hack.
There’s unrelenting pressure to save time and optimize.

The other wild card factor is human nature. We relentlessly resist voluntary change until the cost of not changing becomes too great. I can’t see people waking up one day and saying. Uh-oh. AI is threatening my job so I better get humble. It just doesn’t work that way.

What I can offer from decades of lived experience is that humility, like the Saola, needs a supportive ecosystem and a mindset of fierce resolve in order to survive.

It’s a quality that is earned in the journey of life. The journey includes hard knocks, kicks in the pants, failures, disappointments, and loss. There’s no one size fits all formula.

In 2016, New York Times writer and author David Brooks released a thought-provoking book called “The Road to Character.” This is an account of Brooks’s effort to find his way out of shallow punditry—or, as he puts it, to “cultivate character.”

He too espouses humility as the prime ingredient in the bumpy path.

Towards the end, he summarizes what he calls a “ Humility Code”

Any one of this 15 point summary could be the subject of an entire blog post. Here are some of my favs from David Brooks.

The road to character begins with an accurate understanding of our nature and recognizing we are flawed creatures. We have a tendency to be self-centered and overconfident. However, we are not the center of the universe.

It doesn’t matter whether we work for a hedge fund or charity; there are heroes and schmucks in both worlds. The most important thing is our willingness to engage in the struggle for virtue. After attending to the basic necessities of living, this is our central purpose.

Life for all of us is “U” shaped. We advance, retreat and so on. The redemption always comes in the form of “grace.” When admitting our failure, help comes in many different forms. When we recognize that you and I are unconditionally accepted and we accept what is, the path forward and accompanying gratitude usually arrives.

“When pride comes, disgrace follows, but with humility comes wisdom”. Proverb of Solomon

Another macro viewfinder that informs this whole topic is Robert Greenleaf’s  Servant Leadership. His Ten Principles have formed the basis of some remarkable 21st-century enterprises including Home Depot, Southwest Airlines, and the Marriott Hotel chain.

Back to our question. Is humility really the new smart way to combat and mitigate the encroachment of the Smart Machine Age?

It can’t hurt to give it a try.

Personal Strategies For This Moment In History (Just Fly The Plane!)
Scroll to top