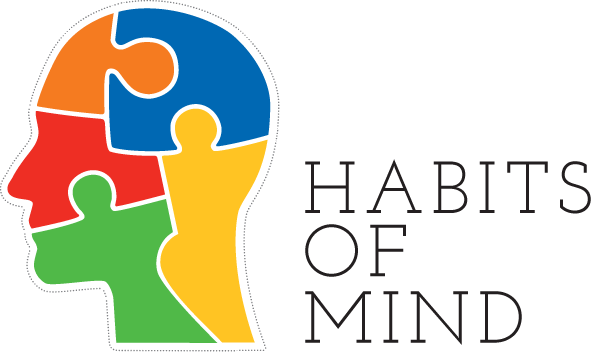 I don’t watch a lot of television .

That said, one show that gets airtime at our house is called NCIS.
Let’s just say my wife is a fan.

Team leader Special Agent Gibbs (played by Mark Harmon), is a tightly wound, monosyllabic type with steely blue eyes and a tense jaw twitch that flares whenever he’s pissed off, which is pretty much all the time.

The other notable thing about Gibbs is that he lives by a set of iron-clad rules. His rules, accumulated over time, are his worldview and personal guide for life. Appropriate to the series, they are a sure-fire checklist for solving all sorts of heinous crimes. His team has to get acquainted with his rules pretty quick if they are going to understand Gibbs or survive his highly driven personality.

It all started when his first wife, Shannon told him that “Everyone needs a code they can live by” After their wedding, Gibbs began writing his rules down, keeping them in a small tin inside his home. Though he uses the tin full of handwritten rules often, we almost never see it.

Gibb’s Rules has spawned its own website and an entire spinoff industry of T-shirts mugs, posters and plaques. See: https://bit.ly/2FHtCgE

“Any fool can make a rule, and any fool will mind it.” Thoreau

Point is, we all have personal rules and corresponding habits that form around them.

I recently poured through the book The Power of Habit by Charles Duhag and skimmed Atomic Habits by James Clear. Both authors make that point that our internal rules and habits are insanely powerful.

No matter if it’s the Ten Commandments or Gibb’s Rules, how we engage with rules and habits governs just about everything. It dramatically impacts our personal well-being, productivity, and overall happiness.

Researcher and author Gretchen Rubin who is best known for The Happiness Project offers some remarkable insights on how we interact with rules, – both our own and those imposed by others.

Surprise, surprise!
No one size fits all.
We have widely varying responses to rules that shape and govern our lives.

Rubin outlines four broad categories as a framework of understanding on how we respond to rules. People tend to fall into these four general response categories.

Obligers are great at meeting outer expectations. They deliver projects on time in a dutiful fashion when someone else is counting on them They struggle with inner expectations, such as setting personal resolutions. They become discouraged when trying to adopt new habits because they’ve tried and failed in the past. They need outer accountability to meet inner expectations,” says Rubin. “They do well with deadlines and team supervision.

There are hundreds of ways to build outer accountability, and that’s what obligers need.

There are Questioners who question all expectations. They will follow the rules, but only if it makes sense. They want to know why they should do something because they have a deep commitment to logic and efficiency. This tendency can be viewed as being disrespectful or insubordinate because they seem like they’re trying to undermine authority. Some workplaces (or families for that matter) reward questioning and some absolutely don’t. Questioners generally need to learn how to ask questions in respectful ways.

Rebels resist all expectations, outer and inner. They do what they want to do in the way and when they want to do it, acting from a source of freedom, choice, and self-expression. When someone else tries to get a rebel to do something, they resist.
“Identity is so important to the rebel,” says Rubin. “For example, a rebel might resist going to a 10 a.m. staff meeting because they hate being told where to go and when to show up.”

If you’re a rebel, it might just help to be not too self -absorbed with it. Just remind yourself of the example you’re setting or the goals you want to accomplish.

Upholders are good at meeting inner and outer expectations. They meet deadlines, thrive under rules and expectations, and keep resolutions without too much of a problem. Rubin is self-admitted upholder, which is why she had an easy time completing her Happiness Project.

While this tendency sounds like productivity perfection, one of an upholder’s issues is that they can be seen as rigid, having a hard time switching gears when circumstances change. They also struggle when they’re in an environment that has an emphasis on flexibility If there is a rule, they don’t break it.”
If you’re an upholder, you thrive under routines and schedules. You can do what you want to do once you decide, says Rubin.


She explains it all beautifully here. https://youtu.be/gBNEVXg2CNU
Grab a coffee and give it a look. Well worth the watch. Recommend.

“If you don’t like their rules, whose would you use?” Charlie Brown


Something to Think About

Our personal tendency around rules shapes every aspect of our behavior, so understanding this framework of responses lets us make better decisions, meet deadlines, suffer less stress and burnout, and engage with others more effectively. The framework helps explain why we act and why we don’t act.

Check your personal inventory of rules and habits. Maybe some things need “Kondo-izing”.
The world around us is constantly changing, yet there are things we cling to for no apparent reason other than it’s become a comfortable habit. A self-imposed rule may no longer be relevant.

Have a great month!

As always, I really appreciate your thoughts, observations, questions and comments.

We’re doing important things together in this world, so I love hearing about what’s happening for you!
(or even what kind of coffee you’re enjoying this month)

Drop me a text or an email. I’d like that.

The Ruthless Math of Relationships
Scroll to top